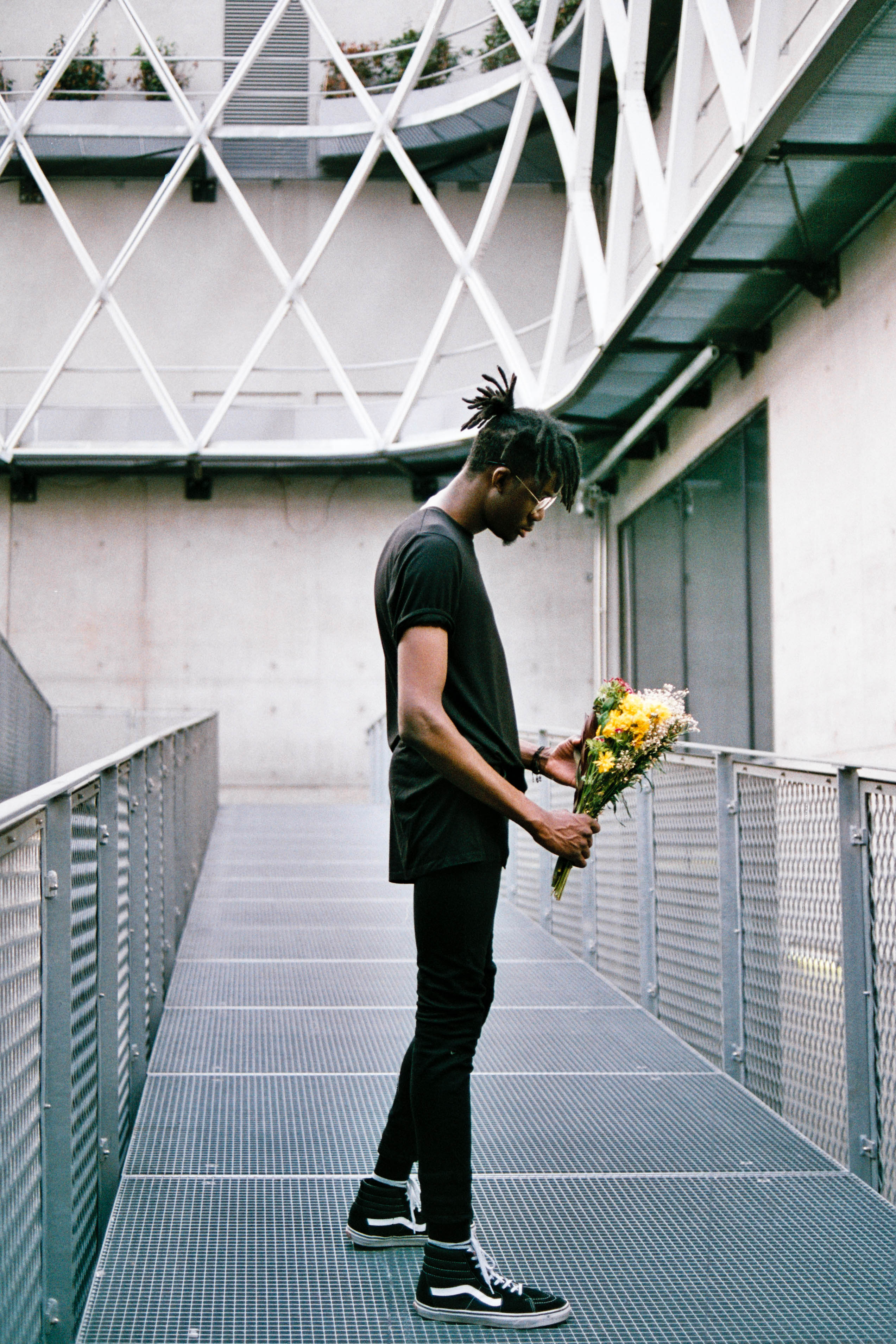 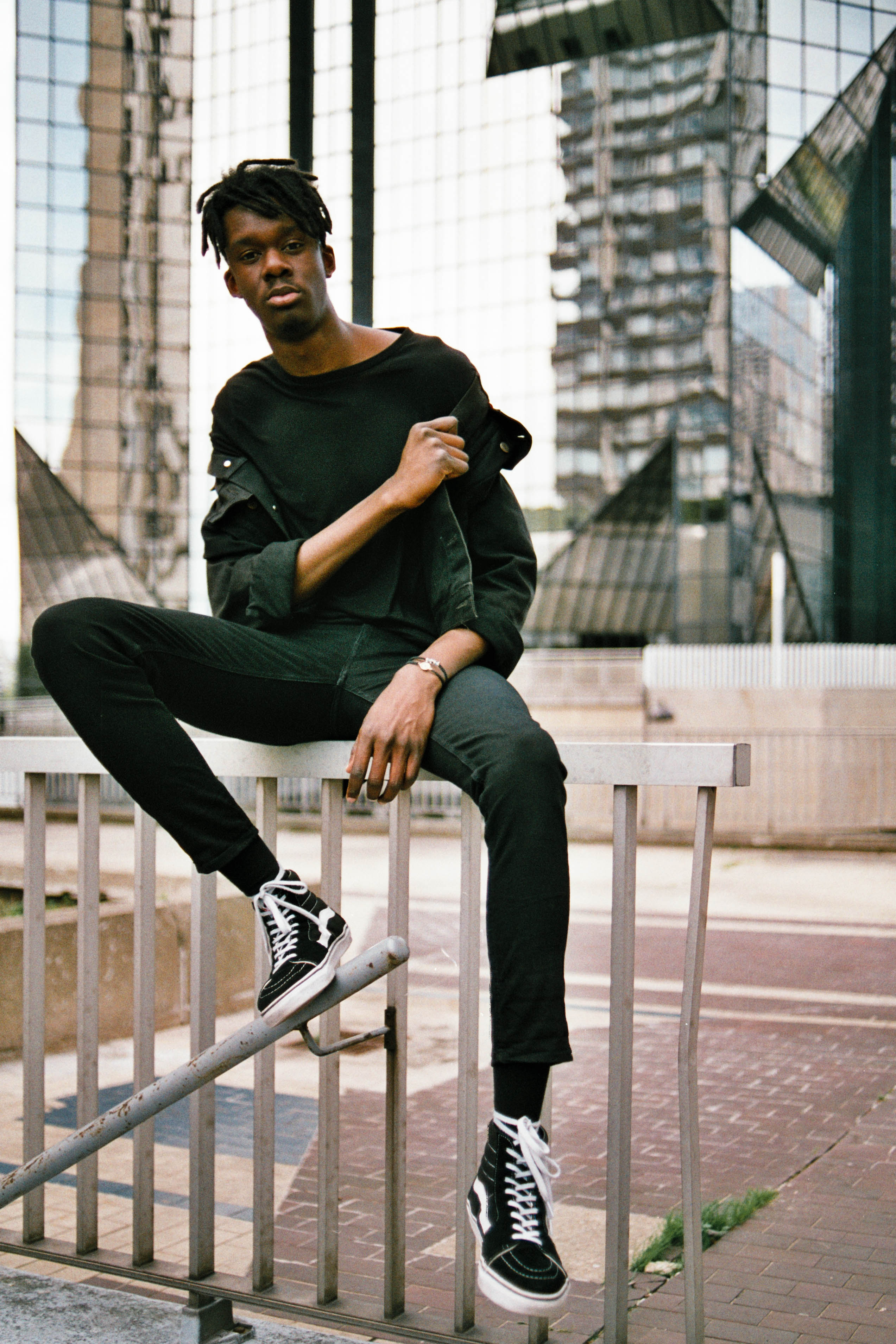 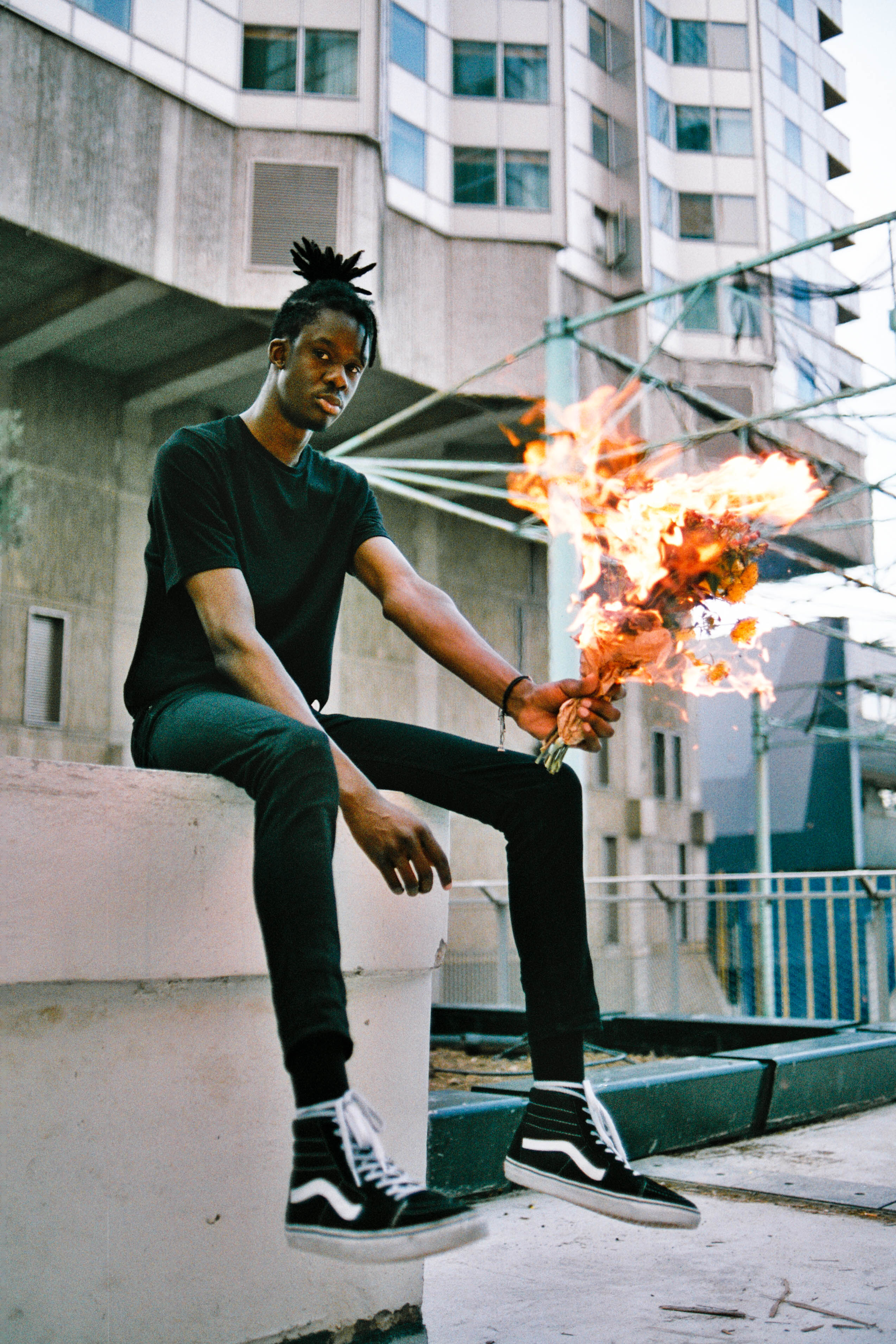 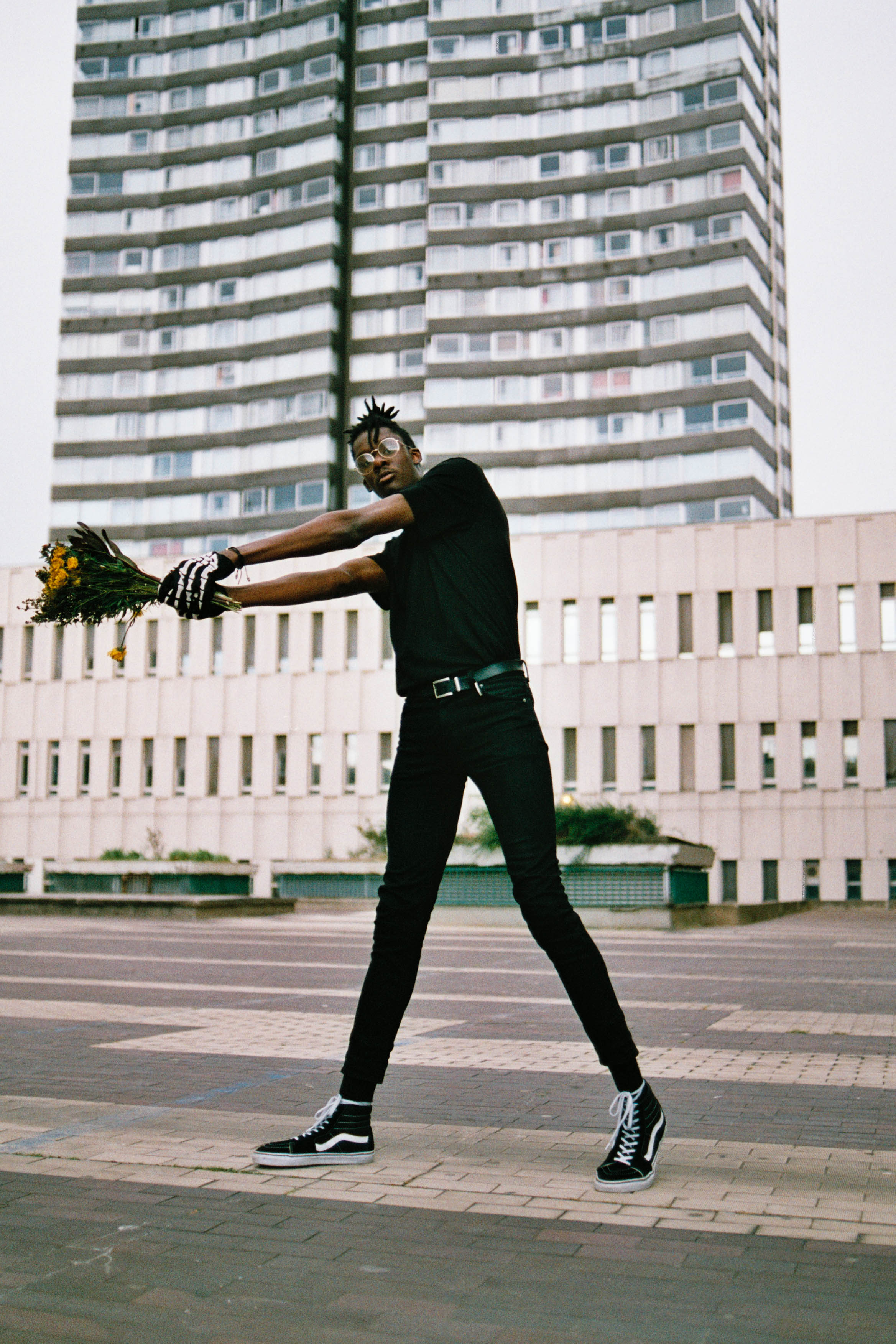 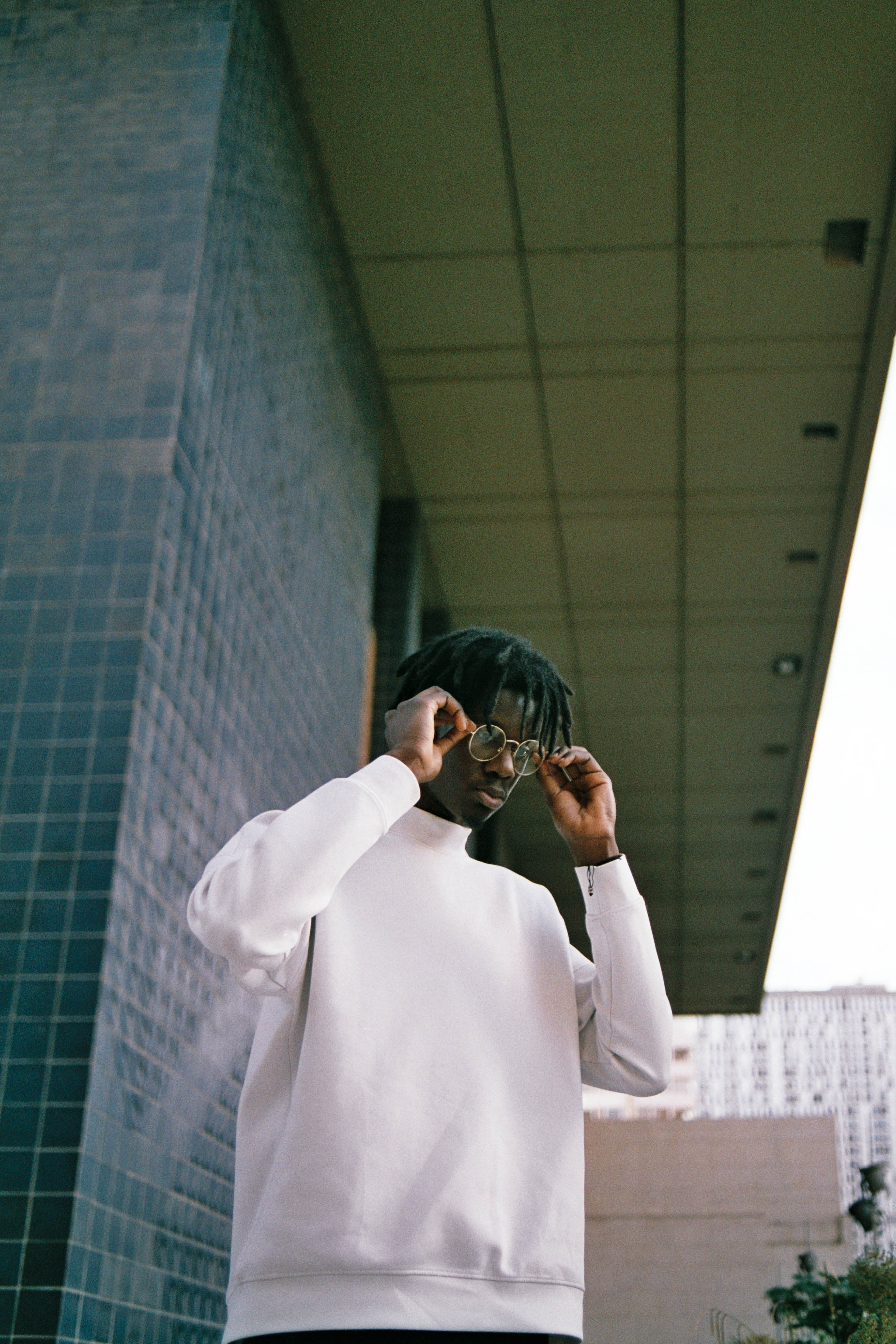 I had this very idea of burning flowers stuck in my head for quite a while already. Once again it might not be the most original idea ever, and has been done many times. But considering it well, it is pretty hard to come up with an absolutely new idea and not be inspired by someone else’s work. Especially with photography.
For this one I took Paul on a photoshoot around the area of Beaugrenelle in the 15th arrondissement of Paris. The whole neighborhood is quite unique in Paris and could be compared to La Defense with its 1970’s skyscrapers. It might actually be one of the only interesting areas to see in the 15th which is to my opinion the most boring arrondissement of Paris.

Paul and I had been roaming around the blocks looking for a quite place to actually set the flower bouquet on fire. It would have been a bummer to end up at a police station because the neighbors would have freaked out seeing us recklessly playing with gasoline and matches. We finally got to a place that seemed hidden enough so we could get to it. I poured quite a lot of gasoline on the bouquet and the strong smell of it could probably be noticed around a lot so we hurried as much a possible. I gave Paul the bouquet and lit it with a piece of burning paper, it started very slowly and after a couple of seconds a huge flame burst suddenly popped. Burning pieces of the the paper protecting the bouquet started to fly away everywhere making us slightly worried.

Shooting fire is not so easy because it moves a lot and the auto focus can get kinda confused. Same thing with the light meter. I would recommend a few tests beforehand. 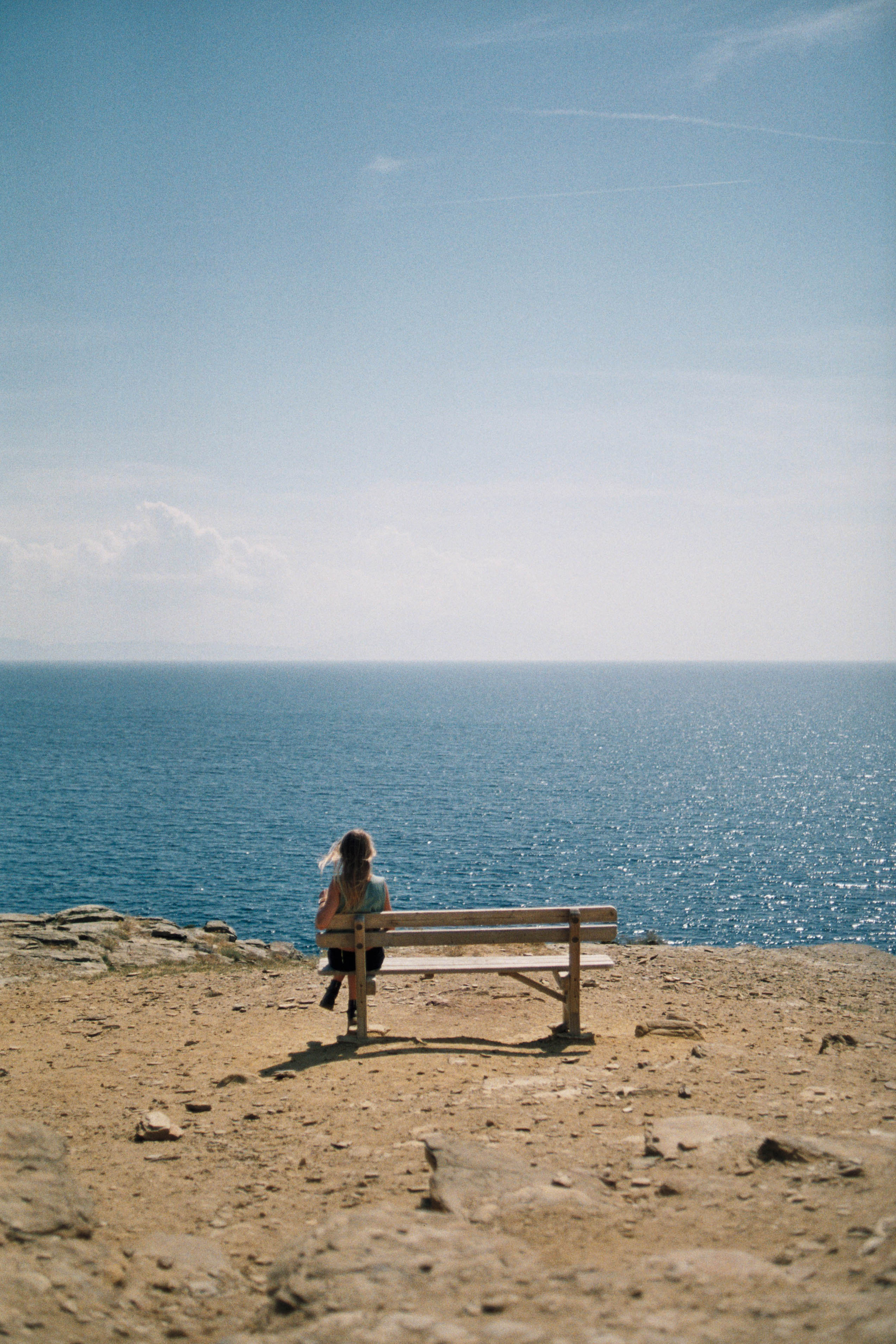 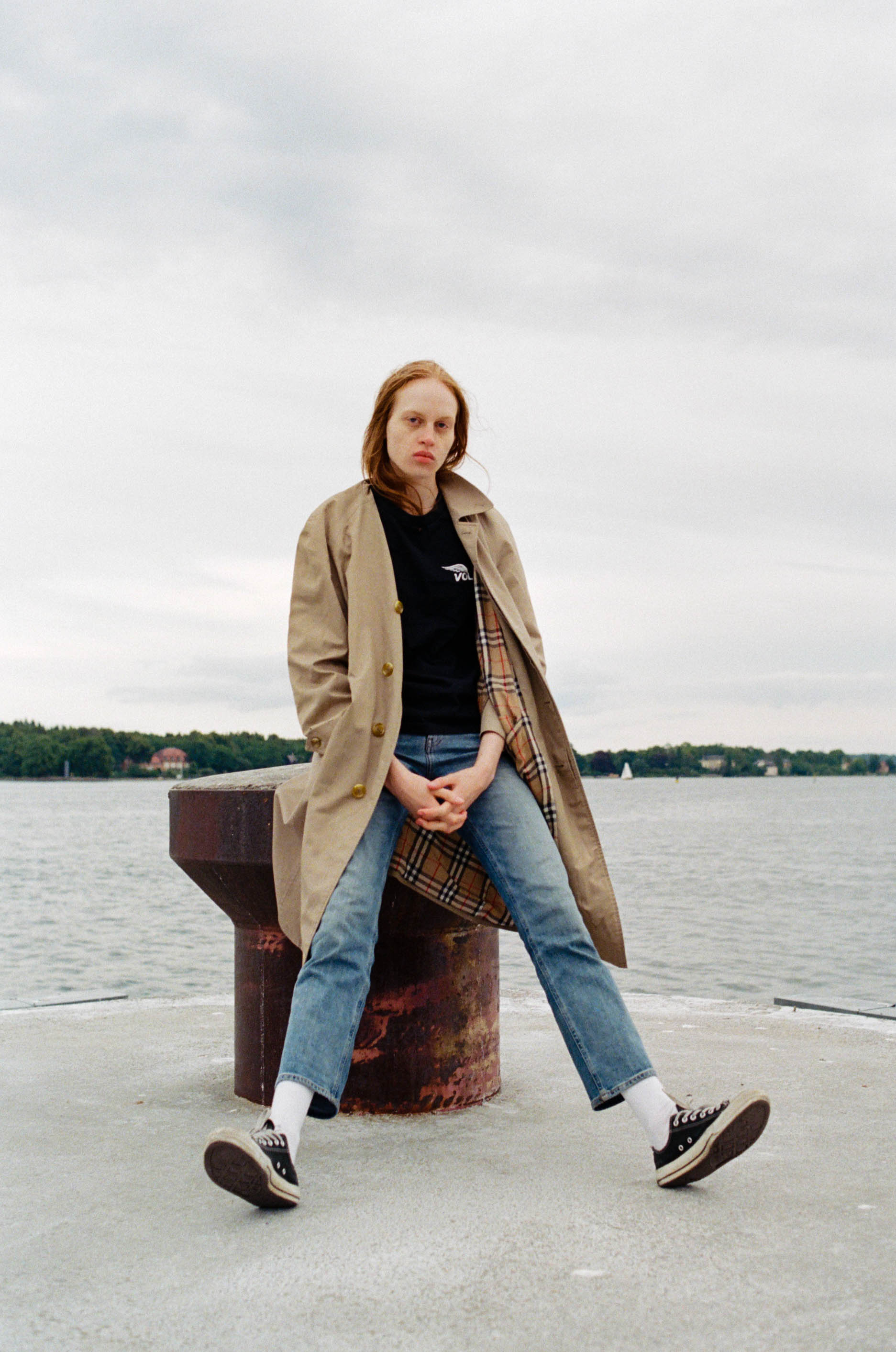